We are an Epic Surfski Dealer in Massachusetts

The Kayak Learning Center has been an
Epic Surfski dealer since 2010.

We also offer one of the largest surfski rental and lesson locations on the East Coast! 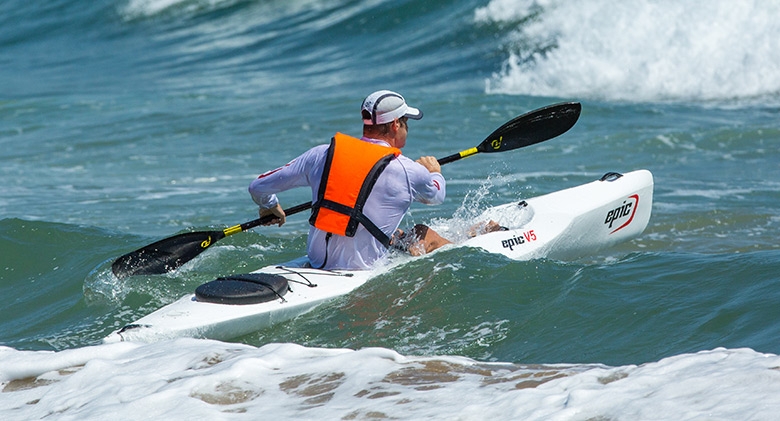 The Epic V5 in action –  visit Epic Kayaks for more scenes from Epic Surfskiers around the world!

We have all Epic models available, from the V5 to the V14
and we offer all for purchase and demo at Kayak Learning Center.

The Epic V5 opens up a whole new world to performance paddling. Excellent stability makes it easy for anyone to jump in and go. Sleek lines and Epic’s comfortable surfski cockpit make it fun for all. Epic’s proprietary foam core construction creates stiffness unmatched in plastic kayaks.

The new Epic V8 Pro is the perfect boat for those who want a performance upgrade from our popular V8. The V8 Pro adds 12” of length (30cm) and takes nearly 1.5” (4 cm) off of the width, creating a surfski that is livelier and faster. In terms of speed and stability, the V8 Pro fits perfectly between the Epic V8 and the V10 Sport.

The Epic V10 Sport was a game changer when first introduced to the surf ski world in 2006. Epic offered the first stable surf ski that was still extremely fast in downwind conditions and on flat water. The V10 Sport flattened the learning curve for many paddlers who wanted to go to the next level but could not paddle efficiently in a less stable surf ski used by the professional and highly experienced paddlers.  Based on its forgiving, yet incredible performance, the V10 Sport was Epic’s best selling surf ski for 5 years. Both Greg Barton and Oscar Chalupsky won races in the V10 Sport. It became one of the most successful and imitated surf skis ever!
Read More about Epic V10 Sport

Visit the Epic Website for more Boat Models and Specs

We also have Epic paddles!

Pick yours with the Epic Paddle Wizard 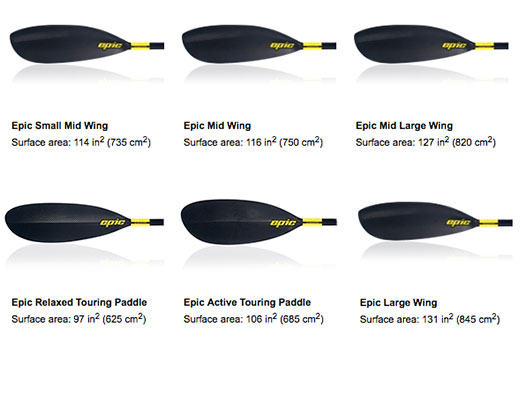 An Epic Day!
Surfskis are a popular entry at the
Annual Run of the Charles Kayak Race

Our ocean location is a protected bay with gentle waves and some great shallow beaches,
perfect for learning new skills or perfecting technique. 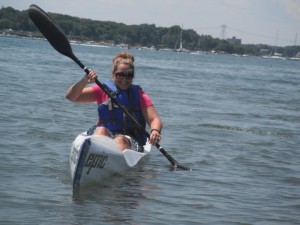 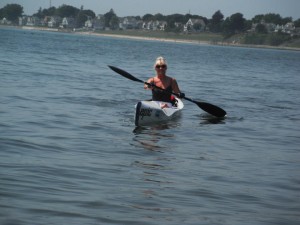 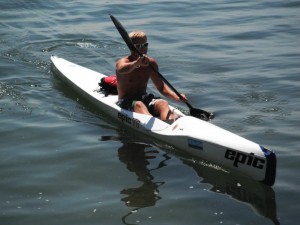 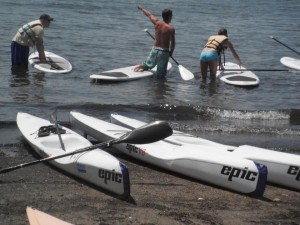 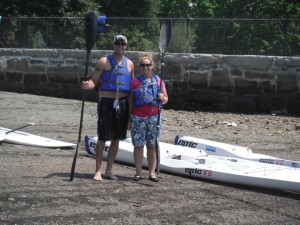 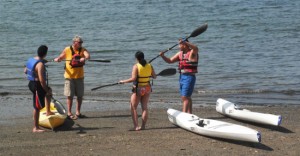 Many of our Surfski customers return for one-on-one lessons 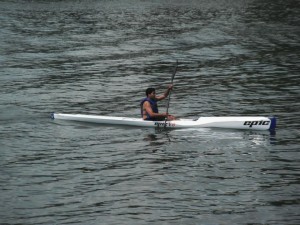 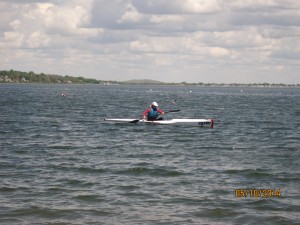